If your dog doesn’t obey signs

Just Drill some holes in a bucket

Bury it. Add chemicals and a lid

Pro Model for sale by Dr Fostor and Foster

Maybe it’s because ol’ Fido is now guarding the golden gates.  That’s the excuse I’m using for not knowing about Doggie Septic tanks. This handy dandy Do-It-Yourself project allows you to bury a vat in a corner of your yard. Add a few chemicals like Rid-X and each time you pick up Lassie’s doo,  toss it in. There are even nice-looking lidded models to buy if all your projects tend to look like you were drunk while doing them. Why didn’t I know about this when ol’ Shep (or whatever the dog’s name was) hung around? I would’ve been thankful for the convenience, and our neighbor would’ve been  thankful I wasn’t tossing those “dog logs” over the fence anymore. 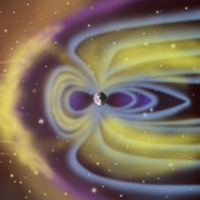 Now that I know about this planetary phenomena, I breathe a prayer of thanks for earth’s Magnetic Field.  It’s the reason we’re not wearing sunblock SPF  2,537, and this place doesn’t look like a Terminator movie set. This nifty bit of creation constantly deflects the solar wind which spews from the sun like Hurricane FlashFry. Read about the little song the earth makes as it works.  And when you have a bad day, you can remind yourself to be thankful…at least the ol’ magnetic field is one thing that went right today.

Libraries. I forget to be thankful for them. But as brick and

mortar bookstores disappear, this is the last bastion of hard-backed word containers. And bless Mrs. Morgan, the librarian in my little hometown Carnegie Library. She was older than river rocks, and yet fought like Churchill to defeat any challenge to get a book banned.  Thanks to librarians everywhere who kept copies of the banned books: (a few are)

I’m thankful for People who have a “Martha Stewart” gene. I don’t. So many of my good-intentioned projects go awry.  I panic and mentally think of Costco whenever I need to take a dish to an event. I am thankful there are other folks who will foo-foo up the Thanksgiving table and make food which doesn’t look like something that should be put in the Septic Tank for Dogs.

I’m glad to provide a this great public service of being a klutzy cook. For example, this isn’t a picture of my Apple Treats.  Mine turned out more horrific. Not even the crows would eat them.

So no matter what kind of failure you have on a meal, rest assured, it’ll never look worse than something I cooked up. I’ll make you feel good about your cooking.

And that’s something YOU probably didn’t know to be thankful for.
May all you November days be thankful ones.

NOTE: I only post once a month now, but drop back by this month and check my progress on National Write a Novel Month for November.(Top of Widget). I could use a few pushes and an elbow to the ribs everynow and then. I’d appreciate it.

I escaped from a hardscrabble farm in Oklahoma. I'm not sure why people think I have an accent. I miss the sunshine, but not the fried foods.
View all posts by Barb →
This entry was posted in A Laugh, Appreciation, Cooking, Hope, Humor, Literature, Smiles and tagged Banned Books, Change, Cooking Failures, Dog Waste, Humor, Librarians, Libraries, Magnetic Field, Martha Stewart, Septic Tanks for Dogs. Bookmark the permalink.