So, I decided to get Dallas Cowboy Fan and Scout some sweet snacks, but it has to be manly candy. The stuff they can stick in a golf bag/ backpack/toolbelt/ fishing vest/ coveralls/ spacesuit and eat when it darn well pleases them.

I scanned candy sales and man-blogs. Here’s what men are chomping after their beer and BBQ.

5: Kit Kat
A worker at Rowntree’s York factory suggested the company produce a “snack a man could take to work in his pack.” The bar was born in 1935 “as the best companion to a cup of tea.” It went through name changes and packaging changes, but after WWII settled on the present-day red wrapper and branding. If you live in Japan, you’ll be familiar with over 200 flavors of KitKats: ginger ale, soy sauce, and banana, etc. They are often bought as good luck gifts because “Kit Kat” sounds close to the Japanese phrase “Kitto Katsu” (a knock off of “sure to win”) 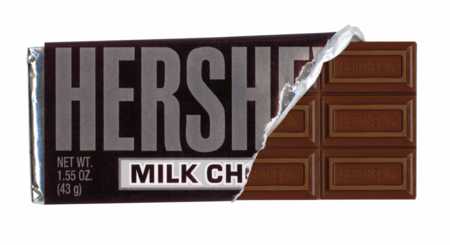 Thank Milton Hershey for wanting everyone (not just the rich) to enjoy chocolate. In 1894 he set up his factory in Pennsylvania and charged a nickel for a bar. It helped that he had a contract with the U.S. Army, sending 30 pound blocks to the troops overseas. Soldiers continued buying the nickel bars after they returned home.  (SideNote: Hershey’s also makes Kisses, allegedly so-named because that’s the sound the machine made when smooching out chocolate blobs during manufacturing).

Introduced in 1930, it was named after a favorite horse in the Mars family. High in protein with dairy and at least 16 peanuts, it’s gained notoriety lately by being a deep-fried treat in Scottish fish and chip shops and U.S. state fairs. Celebrity chef, Antony Thompson, created a Snicker’s pie, containing 5 of the candy bars and each slice providing over 1,250 calories.
Resource:

Harry Reese was actually a shipping foreman for Mr. Hershey, but here’s another reason it’s a Man-Candy. Ol’ Harry said, “Well, heck, I can make candy and millions, too. He followed his dream, working out of his basement in 1923. In 1963, after he’d gone to the great chocolate factory in the sky, his six boys took stock shares in leiu of cash and merged into a subsidiary of Hershey’s. In 2013 after 50 years of stock splits, the original shares are valued in excess of a billion, kicking out $31 million annually in cash dividends. (Way to celebrate Father’s day, huh?)

Most folks know the story. The candy was copied from British-made Smarties (chocolate pellets surrounded by “hard panning” to prevent the chocolate from melting in soldiers’ pockets during the Spanish Civil War. The son of Mars Co. (Frank Mars) and the son of the prsident of Hershey Choc. Co.,  William Murrie, combined forces hence the M and M.  The agreement used Hershey chocolate which was advantageous because Hershey had control of the rationed chocolate during 1930. Brand Marketing is quite aggressive with the “spokescandies” turning up everywhere, so it’s fun to note one very important missed opportunity.

In 1982 the company rejected the opportunity to be in a new Steven Spielberg movie, E.T., so Hershey’s took a chance with their Reese’s pieces. It’s estimated that Reeses’sales increased 300% due to blockbuster exposure.

You know I write about change

… and obviously June holidays have changed, but whether you’re celebrating, National Onion Ring Day, (June 22nd) or National Sunglasses day (June 27th) get the guy nearest you a candy bar and tell them one of these stories. 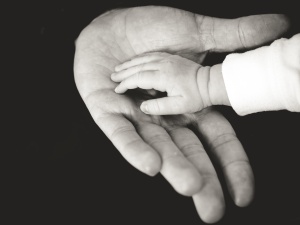 I escaped from a hardscrabble farm in Oklahoma. I'm not sure why people think I have an accent. I miss the sunshine, but not the fried foods.
View all posts by Barb →
This entry was posted in A Laugh, Appreciation, Change, Choices, Humor and tagged candy bars, Change, chocolate, Comfort food, E.T., Father's Day, holidays for men, wasabi, World War II. Bookmark the permalink.

28 Responses to A Man’s Candy Bar